We have non-traditional fencing options too
Schedule Your Free Estimate

“Last year I had a Wire Works fence and a white vinyl fence installed at my home. When I first contacted Custom Fence about the work that I wanted done, they immediately went to my home and made a design layout for my fencing. I made numerous changes to the design layout in which they were very helpful in accommodating my requests. They commenced working on my fence almost immediately, and I was amazed at their professionalism and aesthetic abilities with my complicated design. The fence has been installed for almost a year now, and I’ve had no problems. Many of my neighbors have mentioned what an excellent job was done. I couldn’t have been more satisfied with Custom Fence’s work, and I thought what they charged me was very reasonable. If you are thinking about getting fence work done, you will be missing out if you don’t contact Custom Fence to do the job!”

“We had them install a split rail fence surrounding our log home. It turned out beautiful and adds a wonderful finishing touch. The were timely and professional. We will definitely be using them again.”

“We had custom fence build a wood fence around our yard. It was not a typical project because the ground is far from flat. It was done over 20’years ago and it still looks beautiful. They were very professional so I have also had them do some work around my business and their work has been top notch!
I would highly recommend them to anyone for any fencing needs you may have!!😃👍” 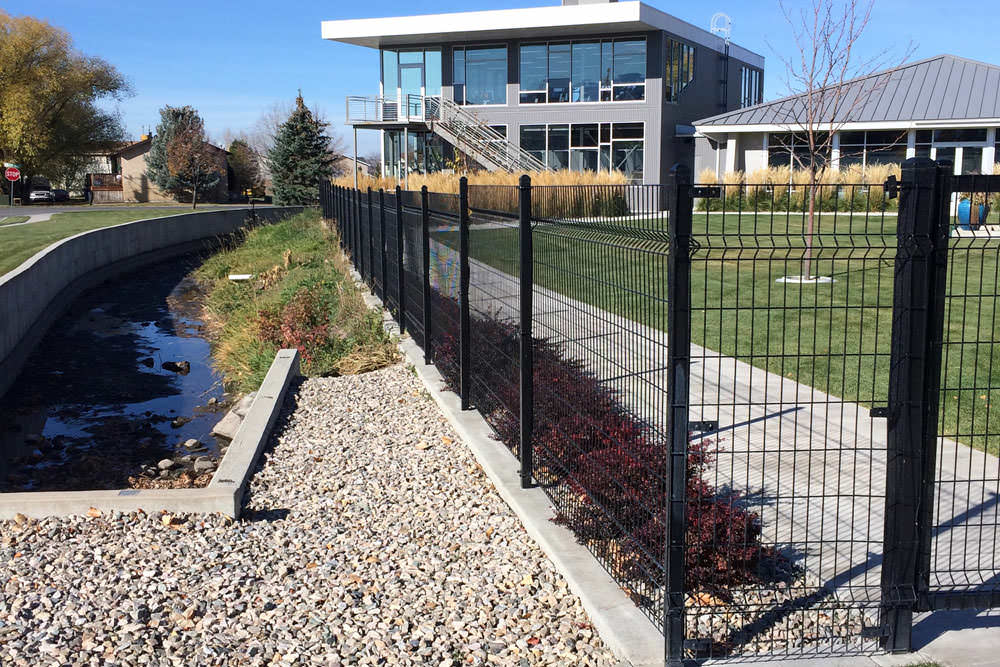 In 1960 Walter Cheal purchased chain link fence from Sears to fence off a canal in his backyard. After several purchases at Sears, they asked him if he would like to install fence for them. He was working evenings and early mornings at JC Penny. With his afternoons available, he said he would give it a try. Walter asked his son Lynn to help. That first summer they installed three or four jobs. The next year they installed more and began to purchase equipment to dig holes and mix cement.

Walter began advertising in the paper and soon had more jobs. He started buying material out of Ogden and parted ways with Sears. Lynn left his job and acquired a contractor’s license. This allowed them to purchase materials at wholesale prices in Salt Lake. With the lower price, they were able to be more competitive and the fence jobs began to roll in. Walter hired his grandsons to help with the installations. In 1971, Lynn bought a building in Smithfield, Utah with a small yard to stock materials for fencing. Custom Fence Company was now officially open for business.

By 1978, we started to install jobs out of town, doing a lot of work in Evanston, Wyoming. In 1986, property was purchased in Kaysville and we built an office and fence yard. This allowed us to compete in the fence industry from southern Idaho through the Wasatch front of Utah.

Today we are still serving southern Idaho and the Wasatch front. We have expanded our range of operation into Arizona, California, New Mexico, South Dakota, Colorado, Montana, Wyoming, Nevada, Washington, Idaho, and Oregon. Our job capabilities range from the smallest residential to airport and prison security fences.